Previous Next
ABOUT THE GAME UFO: Aftermath is a 3D isometric, tactical strategy game with a rich and compelling sci fi story.

RPG - Your soldiers will improve as they gain more experience. Their skills are derived from these statistics, and each point that you put into any one of these attributes will have a noticeable effect on that soldier's skills. These attributes are: Strength, Agility, Dexterity, Willpower, Intelligence, and Perception.

Strategy - You must manage your bases, interceptions, and squads. Territory is equal to power in the game - the more you control, the better your interceptor coverage. Also, the faster you research, the better things could be.

Tactics - Fighting on the ground against aliens and mutants for the control of territories. Once you control a territory, you can decide what type of base you want there: Research, Military, Manufacture or Biomass repulsion.

Combat - Unique combat system features all of the best elements of both turn-based and real-time combat systems. You give orders while the game is paused to avoid the frantic rush of a real time system. While in pause you can give your troops very detailed orders taking as much time as you like. Once you are finished you simply start the game and continue playing. Once the game is underway you can pause the game at any point to update or change your orders and the game will automatically pause when important events occur, so that you may modify your plans accordingly. This combat is combining the finely grained tactics of a turn-based game with the realism of a real time system. 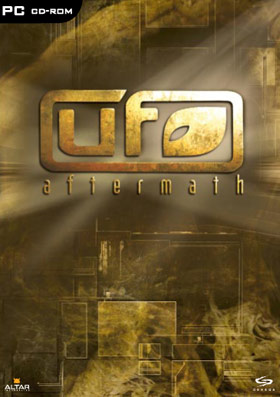